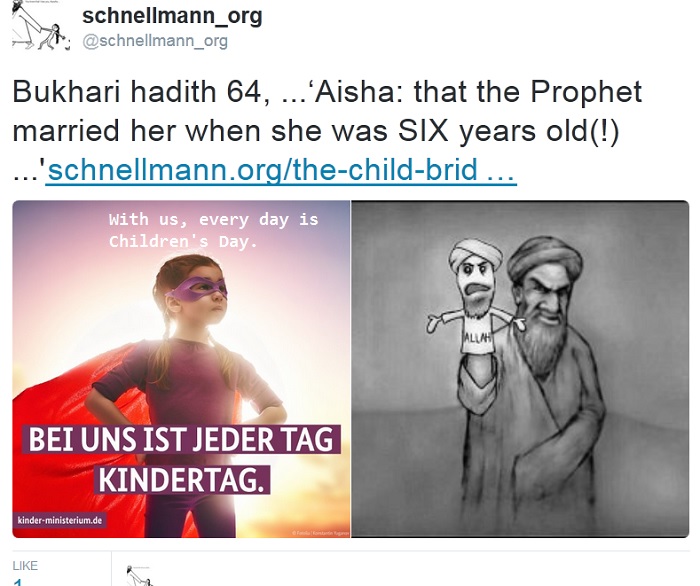 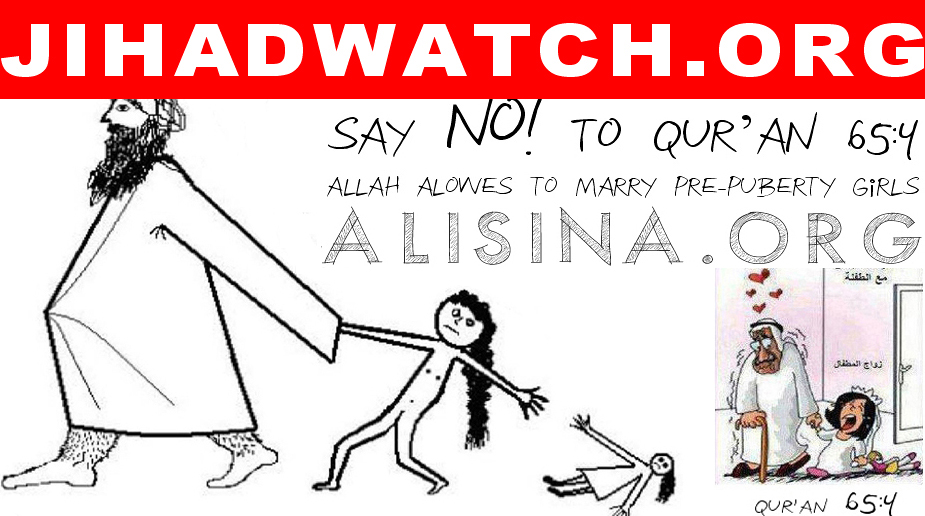 PEDOPHILIA, ALLOWED BY ALLAH AND PATRONIZED BY PROPHET
Aisha the Child Wife of Muhammad

Page 180 "… How many people would let a 54-year-old man sleep with their nine-year-old daughter? Abu Bakr did. This requires extreme foolishness. This much foolishness is only possible through blind faith."

Pedophilia in the Qur’an (65:4, the ugliest verse)
The exact translation (below 2nd video) of this portion of Qur'an 65:4 is “Not menstruated yet”
(لَمْ يَحِضْنَ "Wallaee Lam yahidhna") 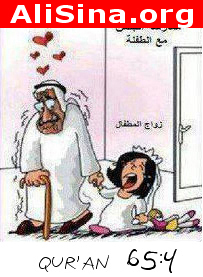 111 KB said IN CONFORMITY with Allah's Quran 65:4 “… The same for the young, who have not reached the years of menstruation. Their ‘Iddah is three months like those in menopause.”

Allah, Q.33:49 "… marry believing women and then divorce them before you have touched them … not for you any waiting period (iddah) to count"

This hamless verse makes Q.65:4 even worse than it already is (marry pre-puperty kids), "prescribed an iddah", i.e. when you have touched them.

Allah allows SEX for girls who (1. are in menopause, 3. are pregnant, and 2.) "have not mestruated yet" (till one-day-young infant girls) 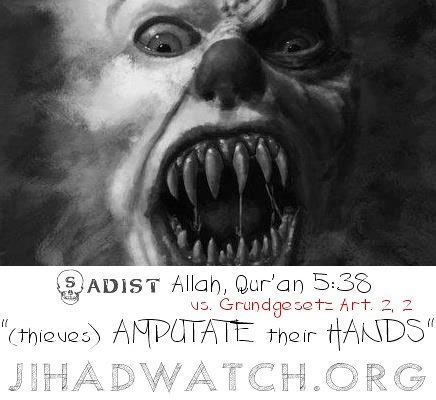 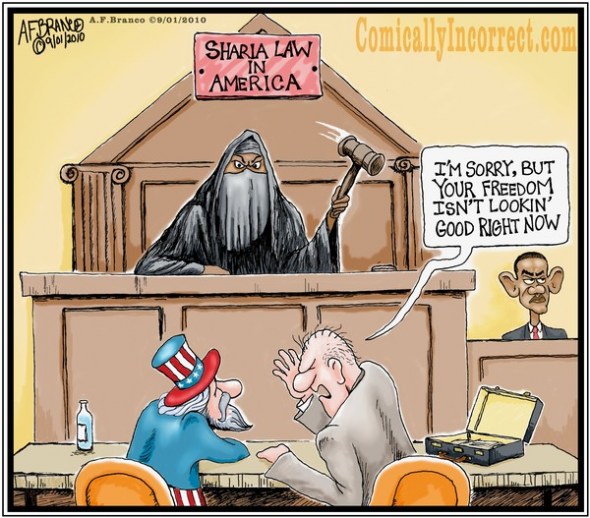 (Sheik Yer'Mami)
“MUSLIM WOMEN ARE THE DOGS, PIGS, MONKEY, ASS, VILE BEASTS OF ISLAM”" ”… BABY TILTHS: 65.4 You can marry (and divorce) little girls who have not yet reached menstruation age”

"... No God would ever allow the marriage and divorcing of little girls. Verse 65.4 is so evil, so immoral, so outrageous, so corrupt - God authorizing the rape and molestation of young girls"

"… in the speech of the Arabs, the original meaning of nikah is sexual intercourse" (Islam awakened)

Modern medicine teaches that a female's body is not fully developed at age 9. Sexual intercourse at that age could damage a female's sexual organs. For instance, at the age of 9 years old, the cervix of the female is yet undeveloped, as are many of the child's sexual organs. Further, intercourse at this age leads to an 80% increased risk in her developing cervical cancer later in life. 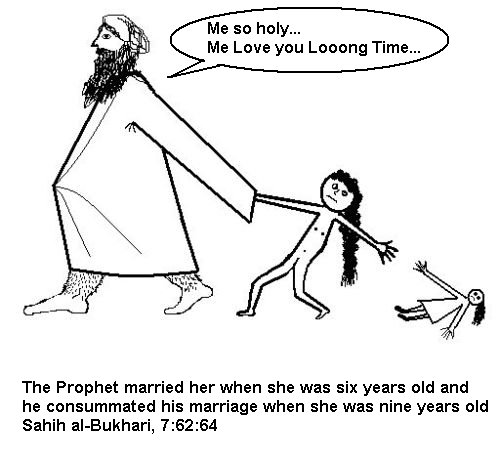 Aisha: The Child Bride of Muhammad "… The thought of an old man becoming aroused by a child is disturbing. The only name for that is pedophilia – one of the most despicable crimes imaginable"


Sahih Bukhari Volume 7, Book 62, Number 64
Narrated ‘Aisha:
that the Prophet married her when she was six years old and he consummated (nice word for raped) his marriage when she was nine (lunar)years old, and then she remained with him for nine years (i.e., till his death).

Forced marriage: A six-year-young child does not know
what the word “marriage” means

In Arab countries a women has to consent her marriage,
or it is NULL & VOID 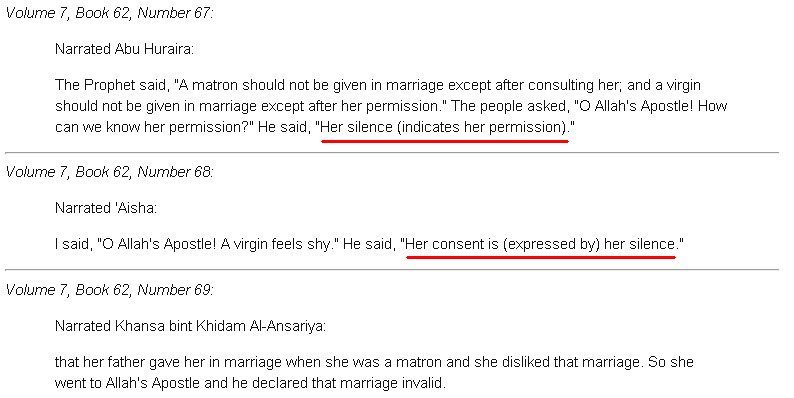 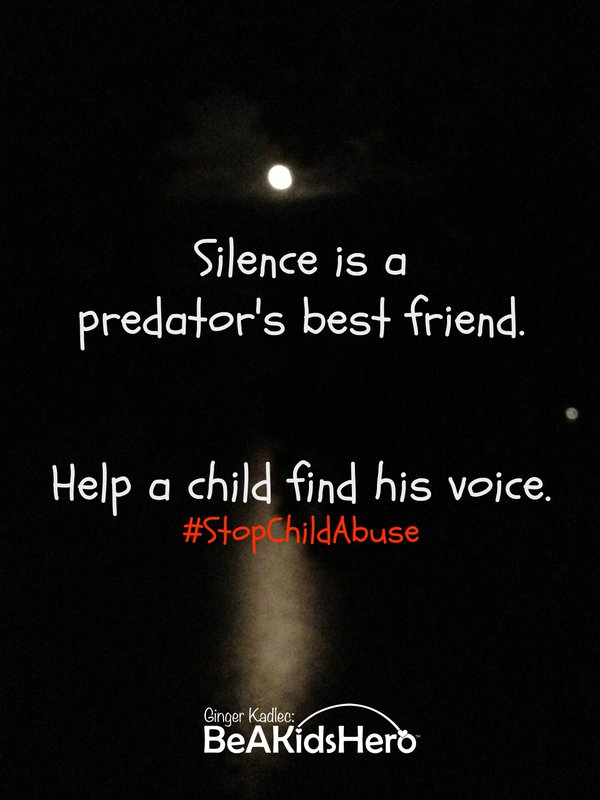 "Chapter 9: SEEKING CONSENT OF AL-THAYYIBIN MARRIAGE IN WORDS AND OF A VIRGIN IN (MEANINGFUL) SILENCE" :: Sahih Muslim Book 8, Number 3303, 3305

Please read between the lines: The Pedophile Muhammad talks only about "fondeling" — no sex! He was (very likely) impotent in his latest years but still have sexual feelings
Bukhari Book 59, No. 382, Book 38, Number 504 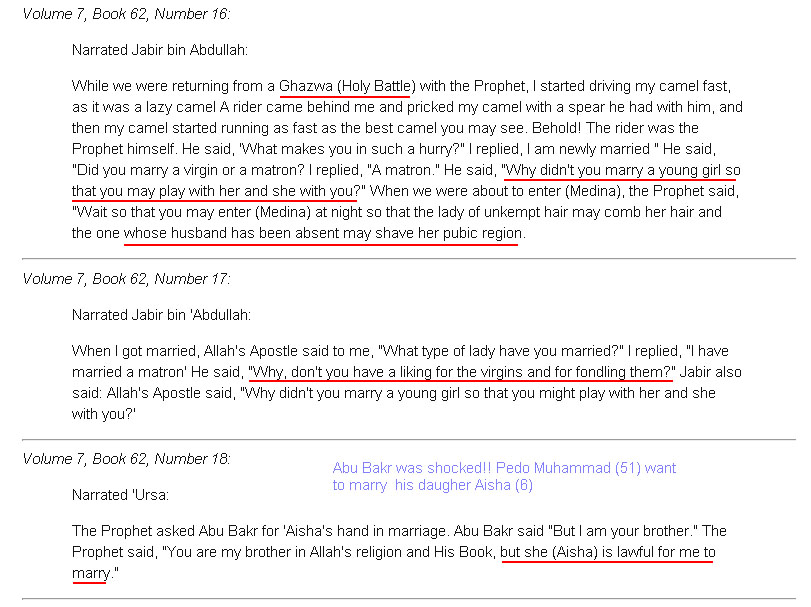 Pedophilia in the Qur'an …Therefore, the exact translation of this portion of Qur'an 65:4 is “Not menstruated yet” ( لَمْ يَحِضْنَ ). In Arabic, the menstruating process is called HAIDH ( حيض ). It is possible to turn this noun into its verb form. Like we do it with menstruation, "menstruate" is YAHIDH ( يَحِض ). But it is LAM ( لَمْ ) that appears before YAHIDH and the NA ( نَ ) associated with YAHIDH and this puts Islamic apologists in a quandary because it cannot have any other meaning than “Not menstruated yet”. This is the appropriate English translation…. 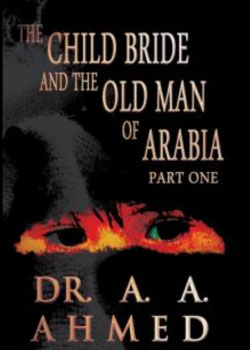 Amazon: The Child Bride and the Old Man of Arabia: Part One [Hardcover]
Dr. A. A. Ahmed (Author)
youtube

Thighing of children: Mohammed (51) married Ayesha when she was SIX, but as she was too small to consumate, he practised the sacred rite of Mufa’ Khathat (otherwise known as ‘thighing’) whereby he rubbed himself between the tops of her thighs, but did not enter, until she was nine (lunar years). …”
Pedophile & butcher's 'best example' 33:21 in 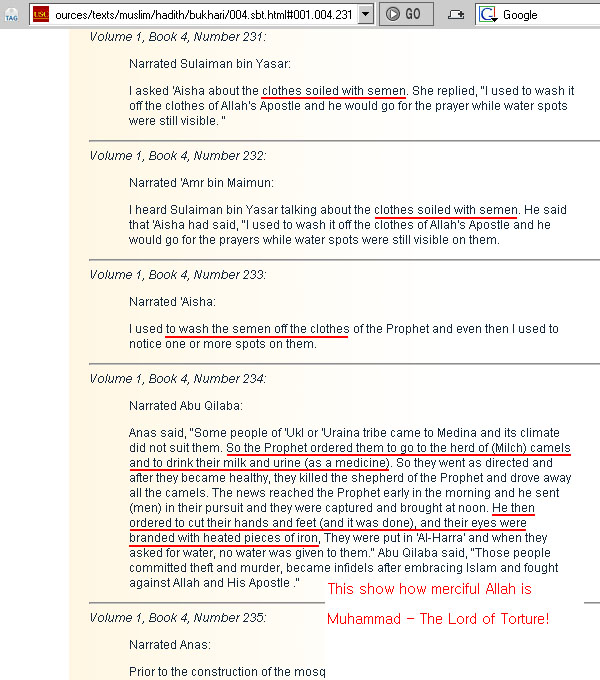 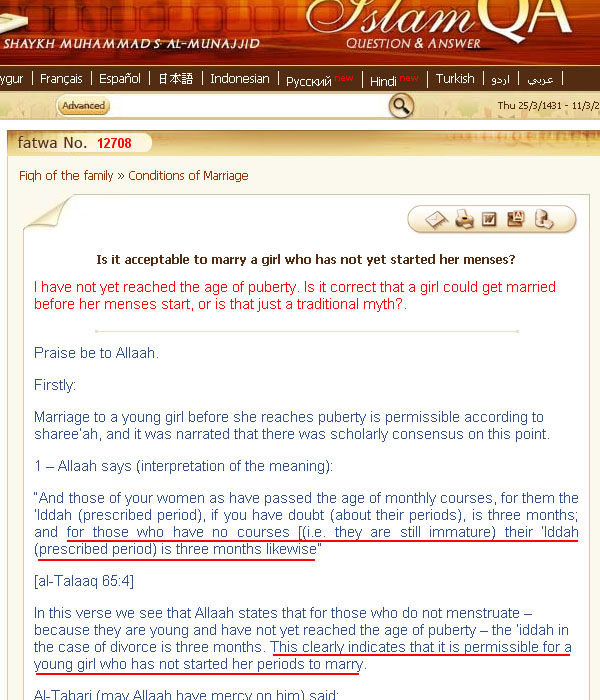 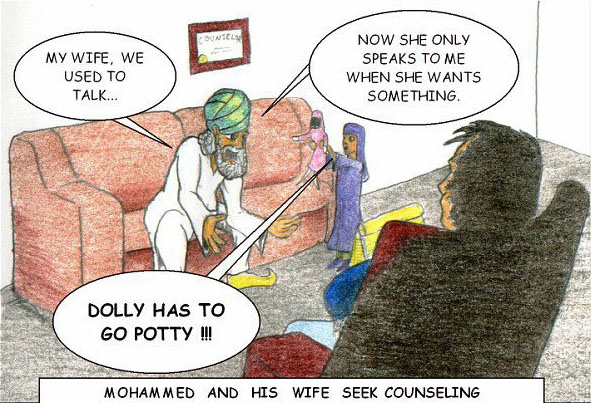 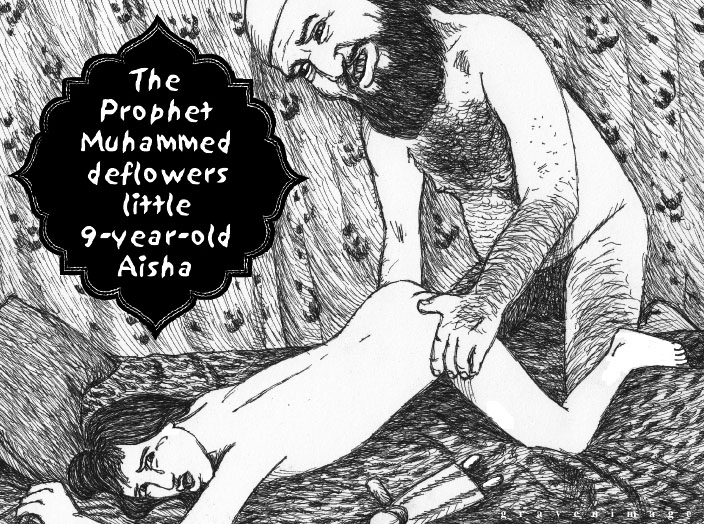