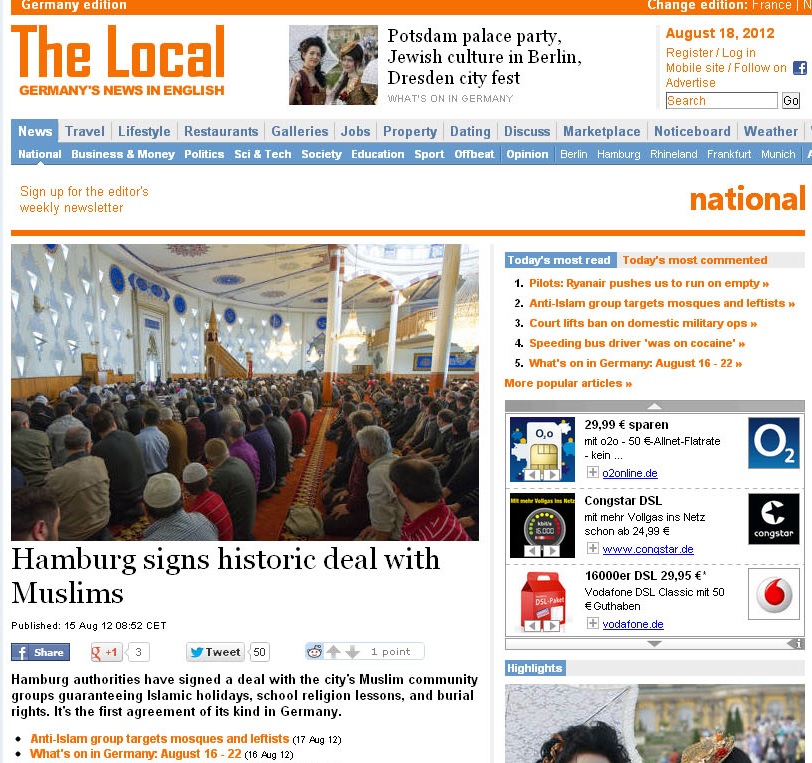 The Local [ dhimmi 9:29 ] "Hamburg authorities have signed a deal with the city's Muslim community groups guaranteeing Islamic holidays, school religion lessons, and burial rights. It's the first agreement of its kind in Germany. …" 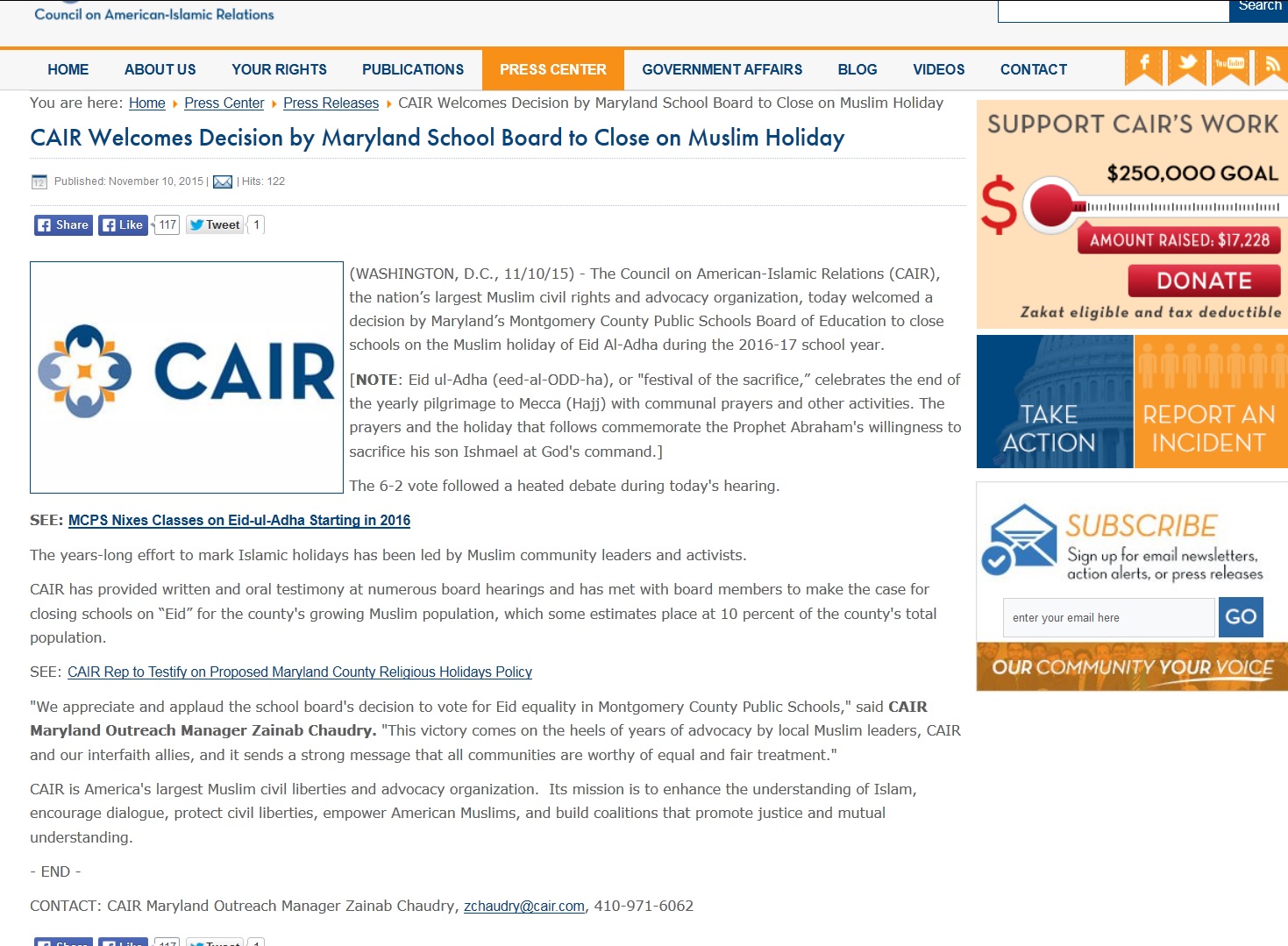 168 KB by Soeren Kern ‘… In an interview with the newspaper Neue Osnabrücker Zeitung, SPD politician Dieter Wiefelspütz dieter.wiefelspuetz@wk.bundestag.de (SPD "expert" of the Interior) said: "It would be an important signal to the four million Muslims in Germany, if the state recognizes Islam as a religious community." He added: "Islam needs a fair chance in Germany."

… For this reason, the CDU (Christian Democrats, opposition) will not take a final position on the matter until it concludes discussion with representatives of the churches, with scientists and with lawyers. The unresolved questions involve detailed issues such as the regulation of the school day, the teaching of religion in public schools and the holidays."

… FDP Deputy Anna von Treuenfels characterized the agreement as "an unnecessary and imprecise treaty unacceptably negotiated behind the backs of the citizenry."

taqiyya (3:28): A Concept of Deceit that Security Professionals Must Know (video)

Document for Nürnberg 2.0
This is how a traitor looks like 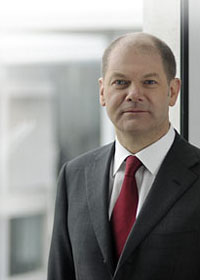 '... Schura official Daniel Abdin described the agreement as "an important step towards the institutional recognition of Islam in Germany",....'

In reality conquering Germany to the word of Allah: 61:8,9 "...that He (Allah) may make it conqueror (victorious) of ALL religion however much idolaters may be averse."

9:32 Allah won't allow Jews & Christians to spread their false believes through preaching What is stealth jihad?

9:29 Jews & Christians live "subdued" under Islamic rule AND PAY JIZYAH PROTECTION TAX IN SUBMISSION TO ALLAH (2nd class citizens, as so-called dhimmis)
vs.
Article 3 Paragraph 1 "All persons are equal before the law"

“…On August 16, 2012 the City of Hamburg signed an agreement between Hamburg’s center-left Mayor Olaf Scholz and it’s Muslim Community granting Eid al-Adha (“Festival of Sacrifice”), Eid ul-Fitr (the end of Ramadan), and the Day of Ashura (“Day of Mourning”), officially recognized holidays.

…and to recognize “EQUALITY between genders” ….

Why not "granting" also Japanese holidays (many live in Düsseldorf), or Jewish, Hindiu,… as "officially recognized holidays"?

10:4 “…but those who reject Him will have draughts of boiling fluids, and a penalty grievous, because they did reject Him.”

6:70 “…they will have for drink (only) boiling water, and for punishment, one most grievous: for they persisted in rejecting Allah.”

“Verily, We have made this (Qur–an) easy, in thy tongue, in order that they may give heed.”

… “Moreover, We shall join them to Companions with beautiful, big, and lustrous eyes.” (believers)

… “Then pour over his head the Penalty of Boiling Water.”(unbelievers)

4:56 “Those who reject our Signs (i.e. Quran), We shall soon cast into the Fire: as often as their skins are roasted through, We shall change them for fresh skins, that they may taste the penalty: for Allah is Exalted in Power, Wise.”

5:38 “As to the thief, male or female, cut off his or her hands: a punishment by way of example, from Allah, for their crime: and Allah is Exalted in Power. Full of Wisdom.”