Orders of the coward sadist Allah:

Beheading according to 8:12 "(unbelievers) smite ye above their necks … (13) This is because they defied and disobeyed Allah and His Messenger" (i.e. direct under the chin) & 4:89 "(apostates) slay them wherever ye find them" 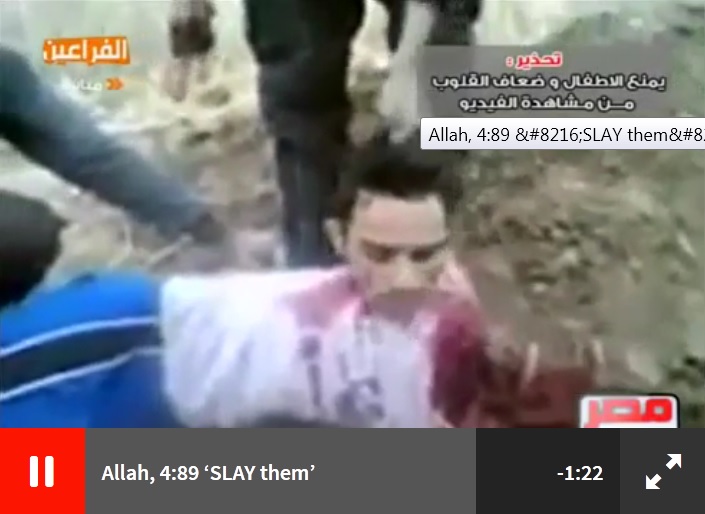 ...A young man appears held down by masked men. His head is pulled back, with a knife to his throat. He does not struggle and appears resigned to his fate. Speaking in Arabic, the background speaker, or "narrator," chants a number of Muslim prayers and supplications, (Q.9:30) mostly condemning Christianity, which, because of the Trinity, is referred to as a polytheistic faith: (Q.5:73) "Let Allah be avenged on the polytheist apostate"; (Q.9:33)"Allah empower your religion, make it victorious against the polytheists"; (Q.8:17)"Allah, defeat the infidels at the hands of the Muslims," and "There is no god but Allah and Muhammad is his messenger."

Then, to (war)cries of "Allahu Akbar!"— Allah is greater!" (of whom??)—the masked man holding the knife to the apostate's throat (4:89, 56) begins to slice away (8:12-17), severing the head completely after approximately one minute of graphic knife-carving, as the victim drowns in blood. Finally, the severed head is held aloft to more Islamic slogans of victory (61:4-13)….


Revelation 20:4 "4And I saw thrones, and they sat upon them, and judgment was given unto them: and I saw the souls of them that were beheaded for the witness of Jesus, and for the word of God, and which had not worshipped the beast, neither his image, neither had received his mark upon their foreheads, or in their hands; and they lived and reigned with Christ a thousand years." 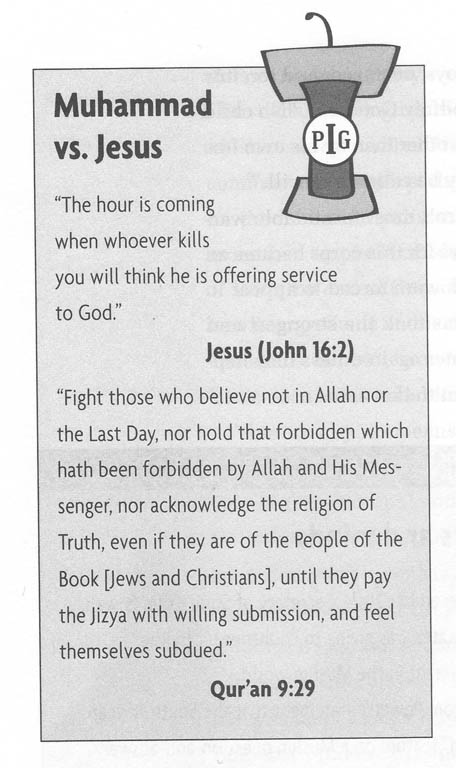 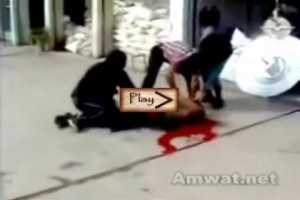